SAVE THE DATE…and plan to join us on Saturday, December 8th for this special Christmas event!  Dinner at 5:30 PM and concert to follow with Christian singer/songwriter and worship leader, David Harsh*.

Sign-ups will start on Sunday, November 11th. (Cost per person has not been determined yet.) 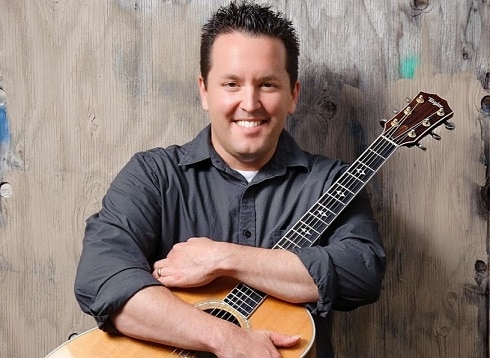 David Harsh is a native Washingtonian who began his serious musical study in college, where he learned to sing classically in six languages. His background includes opera, lieder, chanson, art song, vocal jazz, renaissance music, oratorio, music theater, and pop. He soon discovered a desire to pursue Christian music, and began writing his own songs and taking private guitar lessons. Harsh has since studied with 5 of the best acoustic guitarists in the world, including Phil Keaggy, Alex De Grassi, and John Renbourn.

He has won regional and national competitions for his guitar playing and songwriting. He incorporates a variety of innovative techniques on the guitar including two-hand tapping, looping, and even one song where he plays 2 guitars at the same time (one with his feet.)  We are excited to have him back with us again!
* Click here for a sampling of David’s music!
Previous
Thanksgiving Day
Next
Disciples Path
Yesterday Salvation to the Ends of…
Nov 20 The Freedom that Moses…